I want to take this opportunity to brag on my husband a little bit… or maybe a lot. For the most part, he is the kindest, most gentle man I know. You  might think that most women would say that about their husbands, but mine has a proven track record.

As most of you know, I have had my struggles with bipolar disorder. I’m not ashamed of it. It’s part of me, but it definately does not define me. However, there was a time when I was really a pretty sick little chick. I heard voices, I was mean, I was afraid, I was another person. My husband did his best to help others understand I was not myself, that something had happened down the way and I was not the girl he married. Even when I divorced him, he stood by me. I moved to Granger, Texas to live my life separate from him. I had a boyfriend (who no one but me liked), but I went home each and every  weekend I could. Stephen let me stay at the house, took me places, fed me, helped me. I ended up divorcing him anyway. It wasn’t I was a mean and ugly person, I was sick and lost.

When I moved back to Dallas, my husband let me move into our house. I gave him checks for rent, which he didn’t always cash, and I was grateful for being there. He had worked in the mental health industry when he lived in England long years ago. He knew how to help me, how to comfort me when I was afraid.

Many people told him he should just let me go, he should divorce me, move on and find someone else, but he was adamant that the person I was , was not the person he married. He prayed, and prayed some more, he hung in there with me and he loved me despite myself. Then, on Valentines Day, 2000, he asked our children for their permission to remarry me. We remarried on April 22, 2000. I was still not 100% whole, but I was getting there. And he stayed with me during times when my own mother didn’t know who I was. Not too many husbands would stand by their wives when they are not mentally there. My husband did and I’m so grateful he did.

So, this blog post is for him as is all my love. If you have a relative who has a mental illness, hang in there with them, pray for them and love them. They will appreciate you more than you will know.

Thank you , Stephen for hanging with me. It’s been quite the ride and I know it will continue to be for lots of years to come! I love you! 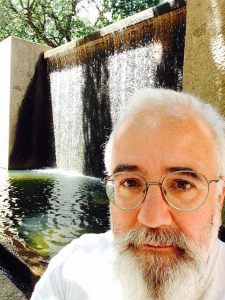 One thought on “My Husband, I Think I’ll Keep Him”