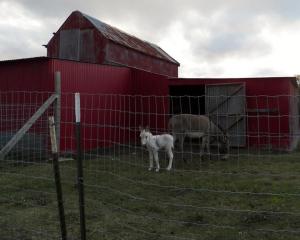 We did it back in 2006. My husband and I moved from the suburbs to the rural back roads. Now that we have been here a while, we snicker from time to time about city slickers like us moving to the country. It’s such a stark change from city life, where horns honk,  traffic is  stopping and starting to the rhythm of  traffic lights, trains choo-chooing.

I mean, we left the city of Richardson, right out of Dallas, a busy, up and coming suburb to a two-blinking-light on Main Street town. We have one neighbor, three acres of land and relative quiet…aside from our barking dogs. When we moved out here, the quiet was deafening. Oh, how I love it.

I’ve always been a displaced country girl. My family used to take what we called “Sunday drives.” We’d drive out to Collinsville, Texas, which is where my dad grew up. The old, rickety, white farmhouse stood with such grace and memories of days gone by. The barn where the names of cows were scratched into the stalls was still standing. The grass was tall and the cotton fields were full of bolls. My sister and I would go and try to pick the cotton, but we got tired quick and it hurt our fingers. I don’t know how the people of old did it. Guess they just had to and that was all there was to it. My dad had an old haybaler out in the shed way back in the pasture-way back where I was not to go since it was out of sight and earshot from my parents. I used to dream of living in the country with horses and all manner of animals. I could see it and feel it in my bones. I could see what I thought was wheat waving in the wind. It was only the grass of my daddy’s home, but it didn’t matter.

While I experienced a great deal of culture shock and a bit of trauma driving two ways on a service road, I fell in love with the deep colors of the sky at sunset and the brilliance of the morning sunrise. The city had gotten too big for me. The country was just right. A perfect fit.

I’m not so far out that I never go back to Richardson and I do miss some of my friends, but the peace I get out here with my animals, husband and God’s world is just a little piece of Heaven!

It all started back when I was a little girl. Our family was on the way to Florida to go to my cousin, Laurie’s wedding. I was to be the candlelighter at her wedding and since it was in Florida, we would also visit the Disney theme park- World or Land, I don’t remember which. We stopped to eat and there was a couple at another table. A friend of theirs happened along, and upon seeing them, she said, in a rather sing song kind of voice, “Well, hello! May we join you? Have you et yet?” OOOOwhhhowhoowhoo.

I was just a kid, but it was such a bizarre interchange. I’d never heard the word “et” and thought it was the funniest word ever. I have made fun of that day ever since. And it got me to thinking about how people talk.

Communicating should be an easy, natural flow of words. But, when  I got a phone call from a guy asking if I wanted to go to the zoo, I hurriedly said yes. Then came the high falootin’ stuff. “Shall we say casual attire?”  I hesitated and said sure. I hung up the phone and began laughing hard. My mother asked me what was so funny and in a funny, pretend rich voice, I said, “Mother, he said, ‘shall we say casual attire.:” I looked at her and said, “Why don’t we just say , ‘wanna.  wear shorts?”‘

I love to write and God knows I love to talk, but I’m just a plain spoken girl. Even in my books, I don’t use high falootin’ words . That’s what my dad would have called it. So, when you talk, speak plainly so the folks down on planet Earth can understand you. There is no need for big words to get your point across. Be yourself and talk like it.

This has been a public service announcement.

Today, I had coffee with an old friend and a semi-new, young friend. David and I go back to second grade and I won’t tell you how long ago that was. Might as well keep an air of mystery  surrounding my story. Poor David was a bit of a roustabout in school and I was the girl whose mother was the town hairdresser and knew everything about everything, including what I did at any particular moment in time.

I saw David about twenty years ago and told him I was sorry I never hung out with him, but I didn’t want to get into trouble.  My mother would hear what I did, who I did it with and what the results were. It never really seemed she noticed when the results were good- only when I’d done something I shouldn’t have with someone I shouldn’t have.  I didn’t mean to be blunt or anything, I was just trying to convey the fact that I was quite capable of getting in trouble all by myself!

Growing up, David and I had no video games, no computers, no dvd’s or anything like that. Heck, we were lucky television was around.I don’t think we’d trade our childhood for anything. We had so much fun using our imaginations, playing outside til the street lights came on or the sun set – whichever came first. I can’t speak for David, but I loved playing outside- witch, kick the can, kickball, dodge ball, hopscotch, oh.. and here’s a good one- Simon Says. I don’t know if any kids these days even know what Simon Says is. It was pretty much fun and we played it a lot. Pick up sticks, jacks and marbles were also a favorite of mine. Kites were pretty popular, but I was never any good at flying them. Favorite car games were bingo, I spy , tic-tac-toe and hangman.

I never thought I’d say, “Those were the good old days,” but they were. Down the street from me was a guy who drove an old beat up hearse. That’s right, a hearse. It kinda freaked me out because he told me there were notches inside the hearse of all the bodies that were in there. I was a weanie and believed anything anyone told me. Can you say gullible? That was me!

I don’t want to do myself the disservice of telling on myself,but I will. I dated a guy, whom I married at the ripe old age of 16, who told me he manufactured lint for a living. He told me they manufactured the lint and then had distributors who went to the stores and put the lint in the pockets of the coats for sale. And that was why coats had lint in the pockets. I later told him I thought he had an odd job. He had no clue what  I was talking about . He said, “I work in a mailroom.”  “Oh, I thought you manufactured lint.”

Yep. Those were the days!

I wonder if many of us stop before we speak to think if our words will encourage or harm some unsuspecting person. I have to admit, I’m guilty of not always thinking before I speak. I want to be an encourager of people, but sometimes, I forget how damaging words can be- not just to our physical selves, but right down to the soul, right where our spirit lies.

The reason I bring this up and the reason I have not been writing are connected. I had reason to doubt myself, my writing capabilities and what I feel God has called me to do recently when I was on the receiving end of criticism regarding my recent book, “The Conservative Congregant.”  You may be saying, as I was, “Oh Paula, put on your big girl pants and get on with it.” But, I was truly surprised the self doubt that came from criticism that came more in the form of an accusation. I called my friend, Jackie Smith and asked if she’d had that experience. She verified she’d been on that end of the spectrum and she had cried. I immediately felt better after her reassurance that all was going to be fine.

However, those words left me with self doubt, doubts about whether I should ever write again and even though I put my big girl pants on, my soul was sad, unhappy.All from the spoken word … or in this case, a written few words.

Just when I was thinking maybe I’d misunderstood God’s call to write, a sweet friend who is reading my book first sent me a message telling me how much he liked it, giving it such high praise. I thought it an amazing sense of timing when it came to me , since I had been so down on myself. Then, when I woke up this morning, there, on Facebook, for all to see was his thoughts on my book! All good. High praise. Encouraging. For me, a sign from God, telling me I didn’t misunderstand, that I was following his direction, right on target as He planned.

So, when you converse with someone, whether it be a constructive criticism or daily run of the mill conversation, think about how your words impact other people.  It could be the difference of tearing down or building up. Thank you, my friend!