The Collapse of Presidential Races

I’ve tried hard to stay away from blogs about the current presidential races, especially the debates. To say we have become an embarrassment on the international stage is a gross understatement. People in other countries now tune in to the debates; particularly the Republican debates, rather than watch reality television. When did our political system degenerate into a name calling free for all?

I remember the first televised debates between then Senator John Kennedy and Vice President Richard Nixon. They debated issues. At least that’s how I remember it. Of course I was less than ten years old at the time. But I think I would remember if Kennedy called Nixon shifty or commented on his debate sweating. I don’t think Nixon said anything about Kennedy’s father being a rum runner or being friends with organized crime members. 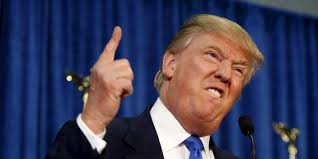 Over the past few races things…

paulawalkerbaker I am a lady who loves to write, writes like i talk, loves creating art, riding my horse, taking care of animals and loves her grandchildren and children madly. But, the biggest love of my life is God and my husband.
Published February 27, 2016